Kadifekale (The Velvet Castle) is an castle on a hill which is carrying the same name in Izmir. Both the hill and the castle were named Pagos  in pre-Turkish times and by the local Greeks in modern times.

The summit where the castle is found is located at a distance of about 2 km from the shoreline and commands a general view of a large part of the city of İzmir, as well as of the Gulf of İzmir. 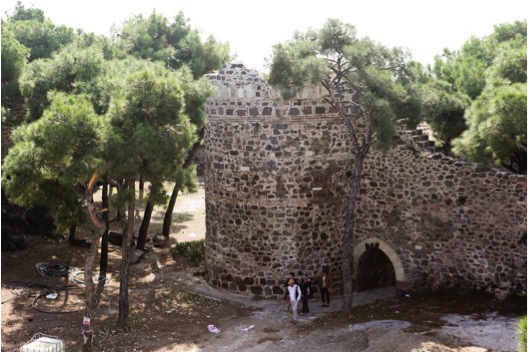 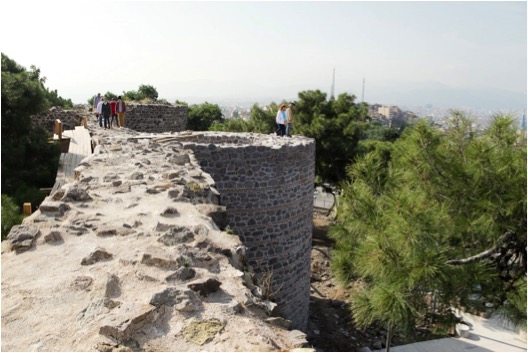 The first recorded defensive walls built here was the work of Lysimachos, a “successor” (diadochus) of Alexander the Great, later a king (306 BC) in Thrace and Asia Minor. This construction was associated with Alexander’s re-foundation of Smyrna, moving it from Old Smyrna on a mound in the southeastern corner of the inner gulf where only a few thousand people could be accommodated. This move for the location of a new and larger city gained fame in a legend told by Pausanias, according to which Alexander, during a rest after hunting under a plane tree near the sanctuary on the hill of the two Nemeseis worshipped by the Smyrneans, was approached during his sleep by the goddesses who bade him found a city on that very spot, transferring to it the inhabitants of the earlier site. Upon this, the famous oracle in Klaros was consulted and the answer received was;

Three and four times happy shall those men be hereafter, who shall dwell on Pagus beyond the sacred Meles.

While Alexander could only act as inspirator and/or initiator for the move, the recent excavations in Old Smyrna have shown that the settlement there could have ceased even during his lifetime. The legend, in the meantime, was frequently depicted on ancient coins. 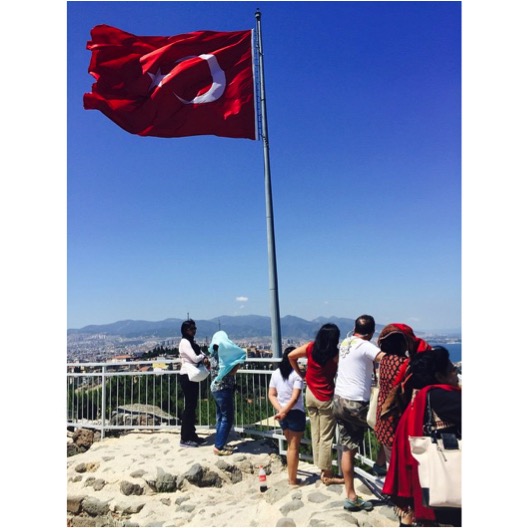 The present walls are medieval. A number of sources put forth claims on having observed fargments of Hellenic masonry under the existing walls, but these fell short of having acquired general acceptance. The long hollow west of the castle marks the site of the Stadium, scene of the martyrdom of St. Polycarp, and it is now completely built over. This is also the case for the ancient theatre of Smyrna, which is located to the east of the castle gates, although there a few traces are still visible to the naked eye. Both works belong to a reconstruction following a calamitous earthquake in 178.

Next to the castle are the ruins of the cisterns built during the Roman period and renovated during the Byzantine and Ottoman periods. They formed the centre of the drinking water network of Smyrna. The remains of this network are still preserved in the agora of Smyrna in downtown İzmir.

The views of Izmir from the Velvet Castle: 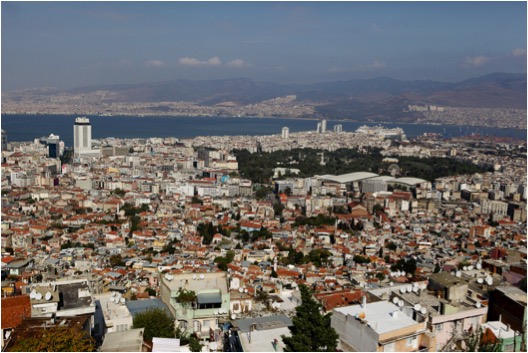 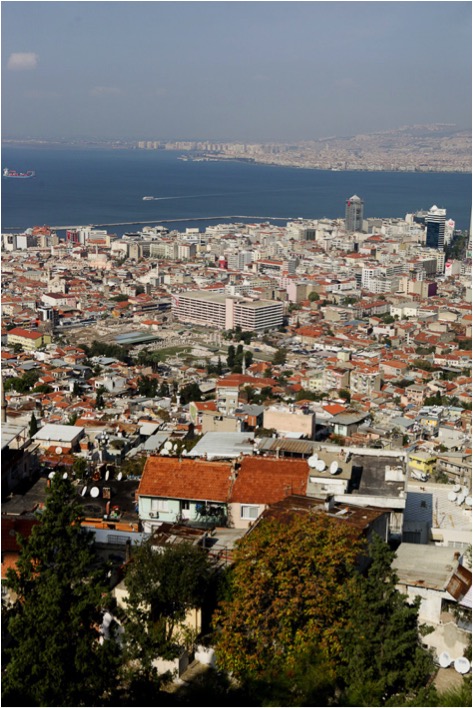 (History of the Velvet Castle sited from http://theruinsofturkey.com/kadifekale-the-velvet-castle/)

For More info on this years great Travel Experiences & RoadTrips to Morocco, Turkey, Italy, Portugal and Spain, check out our website here!

Make sure you sign up for our Travel Newsletter – It’s about once or twice a month and keeps you up to date on the latest at Follow Your Heart Travel Experiences. You can sign up HERE.

This pandemic has literally affected the ENTIRE wo

ARE YOU MISSING MOROCCO AS MUCH AS I AM? Look no

This was taken at dawn in the seaside village of A

On all of my travels both locally and internationa

I miss my small groups. I miss traveling. I miss M

Essaouira is my soul place in Morocco. And to find

It's time to go to ITALY! That's right! We have s

On my very first Follow Your Heart Travel Experien

La Dolce Far Niente. The first time I heard this I

19 years ago this beautiful one was born and my li

Asilah is one of my favourite places in Morocco.

I think what I love most about our Turkey Travel e

It’s been a year since I was last in Italy. 🇮

The Italian Moka. The way I have my coffee every

The hustle and bustle of Venice. I wonder if it w

We travel not to escape life, but for life not to

Small group travel. Who would have thunk back in

#muted #amplifymelanatedvoices There is nothing m

Traveling with your kids - whether they are little